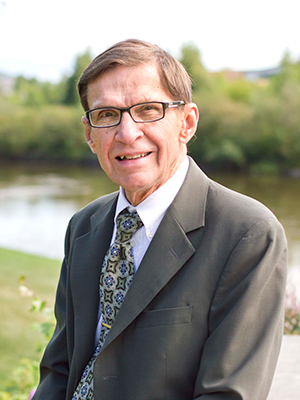 He began his professional career with Price Waterhouse & Co. prior to his service as a medical administrative officer in the U.S. Air Force. In 1965, he returned to Fairbanks to resume his accounting career. He received his CPA certificate in 1967 and became a partner in the predecessor firm of Cook & Haugeberg in 1969. Mr. Cook's professional experience includes responsibilities for audits of State of Alaska agencies, cities, boroughs and school districts, as well as the variety of businesses served by Cook & Haugeberg. His tax experience covers the needs of individuals and businesses throughout interior and northern Alaska.

Mr. Cook is past president of the Alaska Society of Certified Public Accountants, the Greater Fairbanks Chamber of Commerce, the Air Force Association (Alaska), and the Fairbanks Rotary Club. He is active in the community's charitable and service organizations, such as the Boy Scouts of America, in which he is past president of the Midnight Sun Council. He has been Alaska's member of the Council of the American Institute of Certified Public Accountants and President of the Alaska Society of CPAs. He completed seven years as a board member, chain of audit, and investment advisory committees of the Alaska Housing Finance Corporation.