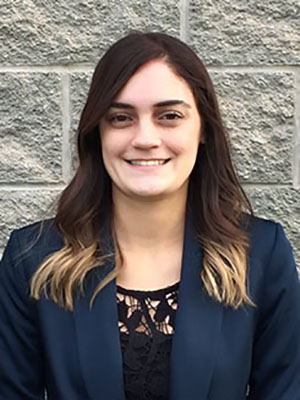 Christa Baysinger was born in Tacoma, Washington but as a child of a military family was raised in Hawaii, Louisiana, California and eventually settled in Fairbanks, Alaska. She recently graduated with honors from the University of Fairbanks Alaska where she earned a Bachelor of Business Administration in Accounting..

While attending UAF, Christa became a member of Beta Gamma Sigma, a member of Golden Key International Honour Society and worked a full-time graveyard job. During her senior year she was the president of Great Alaskan Accounting People (GAAP) organization at UAF where she got to meet and interact with firms and businesses all throughout Alaska. Shortly after graduating she became a full-time staff accountant with Cook & Haugeberg in July following getting married.

Christa is working toward obtaining her CPA license and building stronger roots in the Fairbanks community. Outside of work, she enjoys books, the unexpected adventures with her husband, and the Alaskan wilderness with her huskies, Nook and Legend.